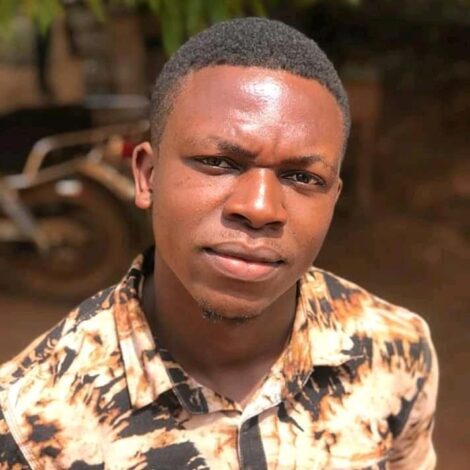 Richard Opoku popularly known as RichopBeatz “The Gifted Producer” is a Ghanaian Music Producer from Kwahu-Mpraeso in the Eastern Region.

He was born on 9th April 1995, by Madam Stella Gyanewaa a Trader/ Deaconess and Mr. Francis Nkum Mensah a Teacher. Unfortunately he lost his Dad in 2011 when he was in S.H.S 1.

Richop Attended Mpraeso Presby School(From KG to J.H.S). He then furthered to Nkwatia Presby Snr High School(NKWASCO) and that’s where he discovered his talent as a rapper but funny enough he was shy to perform on stage though he used to rap to his Dorm members anytime they close from Evening Prep.

After S.H.S, He furthered to Mount Mary College of Education, Somanya. That’s where he was introduced to FL Studio 11 Demo by a school Dj “Dj Cross” currently working at Trust FM 98.3, Asesewa. Although DJ Cross gave him the software alright, he had no laptop nor computer to work with. Because he had a great passion to be a music producer he sought help from a colleague in college to install the software on his laptop. He only gained access to the laptop at nights because other colleagues used the laptop for football games (PES 15) in the afternoon. His night sleeps were sacrificed to learn and practice beat making along side studying in college. He saved the money his Mom gave him as chop money to purchase Pentium 4 desktop, headset and a dynamic microphone to start his career.

He started playing beats with them at home and kept listening to beats and practicing them, He learnt a lot from watching tutorials on how to produce music on YouTube and also tried sampling other producers work. Sampling of beats(INSTRUMENTAL REMAKES) have really contributed a lot to his production career.

After college, he was posted to Asesewa where he works now and has established his studio there. Richop Beatz has worked with these Artistes “Don Brainy”,” Mr Bergs”, ” Ay Poyoo”,”Ex-Bee”, “Tough Gyal”, “El-Deezy”,”AJeezay” ,”Jewnart”, “Mufty Bompa” and many more. He sampled Master KG- Jerusalem Instrumental for Ajeezay in 2020 and it became nationwide hit.

These songs were also produced by him “App” by Ajeezy ft AY Poyoo “Nhiraba” by Mr Bergs ft Koo Ntakra “No be China ” by Jewnart ” Putuu refix” by Tough Gyal and many more. Richop now has fast growing Youtube channel “Richop The Gifted Producer” and a beatstore “richopbeatz.beatstars.com” of which artistes can visit and purchase their beats.